The Town of Deia sits on a mountainside over hanging the sea in the midst of the Tramuntana Mountain Range. It is a place of inspiration and longing to many who have found their soul in Deia.

Its place as the heart of creativity is unrivalled and the heart of the place beats with music, art and the expansion of all the senses. The name Deia was given to the place by its Moorish ancestors and literally means 'Village'.

Enclosed on three sides by mountains the 'village' nestles between the boulders and is safe there with the sea at its feet.

Deià is a small town located on the Northwest flank of the Serra de Tramuntana between Valldemossa, Sóller and Bunyola. It covers 5 km of coastline, and includes the points of Sa Foradada and Deià, the Cala de Deià and the small Cala de Llucalcari. The town is built on a hill set in a valley in the Sierra de Tramuntana. The Teix, the second highest mountain in Majorca, rises above the valley.

The rural and fishermen’s life was the past of Deia with the Parish church of San Juan on a hill above the place casting its benevolent protection. It sits on that mountain road between Valldemossa on the Palma side and Soller on the other. Creative people found Deia and the light and inspiration of the whole area brought in people who stayed. The cosmopolitan nature of the incomers mean that the majority in Deia speak English.

The English poet, novelist, and scholar, Robert Graves, was one of the first foreigners to settle in the village. His house is now a museum and set the scene for the Deia that is known to this generation. The fame of Deia in the seventies was largely due to its reputation and attraction to famous people as well as to the effects of travel becoming accessible to so many. 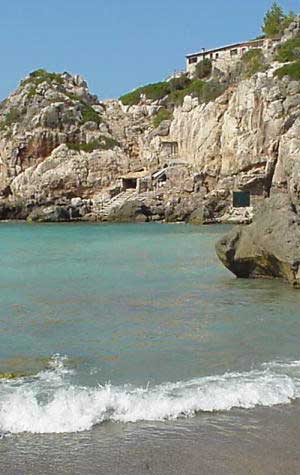 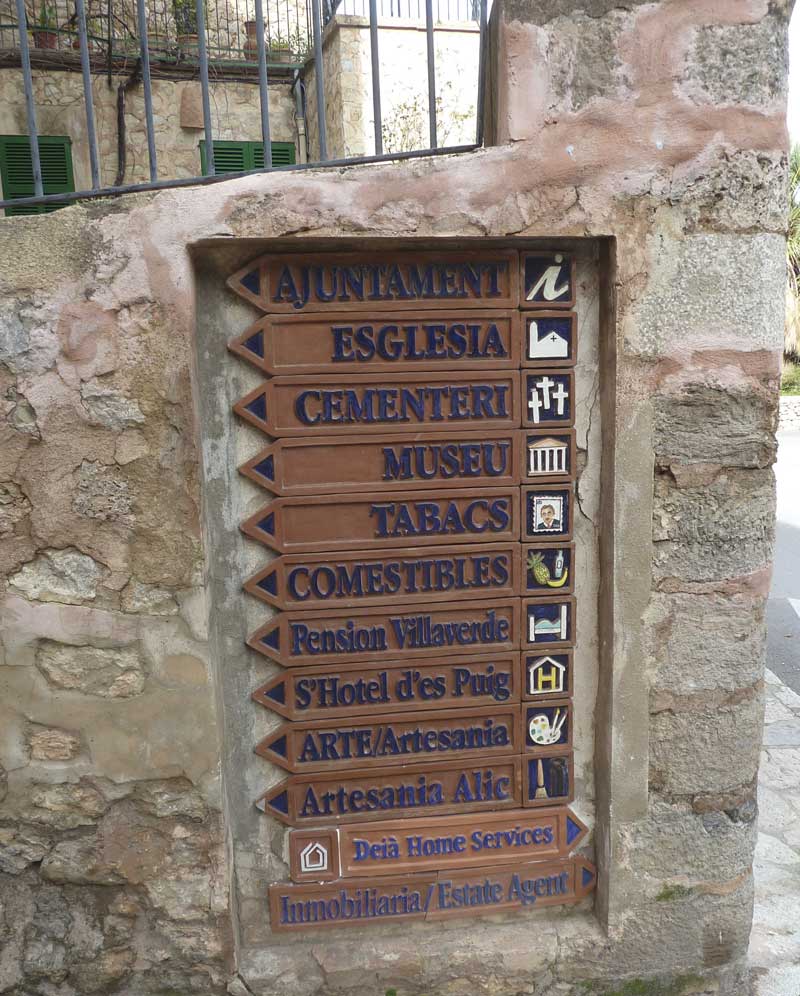 Richard Branson was a favoured son of Deia when he owned the Hotel that is a legend in Mallorca. La Residencia is the favoured Hotel of so many and it has an unrivalled place in the centre of Town. This Hotel saved Deia from slipping into oblivion as its presence meant that there was work for local people which enabled them to say in their home village and continue the Deia way of life.

Other fine hotels such as the Es Moli also played a huge part in keeping this community together and these Hotels are the lynch pins of the place and bring thousands each year to experience the Deia life.

Deia is home to the Archaeological Museum which brought many hundreds of students on digs to help the Waldren effort to unlock the past of Mallorca. A fascinating study is contained there and gives the details of the work of Bill and Jackie Waldren. Deya is home to art exhibitions, music recitals and events on an ad hoc basis from the famous bars in town. It is an amalgam of holiday destination, spiritual home and the most amazing mountain scenery together with a history of working with some of the most creative people on the planet. Deia is considered by many to be the jewel in the crown of the Hidden Valley.